The description of Galaxy on Fire 2™ HD (Full/Unlocked/Money)

# # # AN UNPRECEDENTED OUTER SPACE ADVENTURE # # #
Galaxy on Fire 2™ HD is the fully optimized Google Play version of Fishlabs’ multi-award-winning space combat and trading simulation. With cutting-edge 3D graphics, an unprecedented depth of gameplay and 10+MM installs over all kinds of mobile platforms, the title is rightfully considered a benchmark of sci-fi gaming on smartphones and tablets by fans and media alike!

# # # A CONTINUOUS STREAM OF NEW ADVENTURES # # #
In the game, you take over the role of the hot-headed space war veteran Keith T. Maxwell and save the galaxy from its impeding destruction by the hands of devious alien raiders, ruthless space pirates and power-crazy madmen! Besides the 10+ hours campaign of the main game, you can also take on two additional adventures by unlocking the extensive story add-ons Valkyrie™ and Supernova™. Granting exclusive access to tons of new missions and content, they are available via in-app purchase and can be enjoyed right away, no matter how far you’ve progressed in the main storyline!

In addition, you can also buy various credit packs and purchase your own space station, the infamous Kaamo Club, in order to stock valuable goods and park or even pimp your favourite space ships.

# # # TRUST THE MEDIA # # #
The international press loves Galaxy on Fire 2™ HD and says “that currently there is no other game on Android that could rival GOF2 in terms of complexity” (Chip.de) and that it “takes mobile gaming to a whole new level with its amazing details and rich gameplay” (AndroidPolice.com).

# # # TRUST THE FANS # # #
The fans have given Galaxy on Fire 2™ HD thousands of 5-star ratings! According to them, it resembles “Elite on the Commodore 64, but with amazing graphics” (E.K. Hartley) and is “so addicting, I played for an hour and it felt like 15 minutes” (S. Wickstrom).

# # # HUNDREDS OF UNIQUE FEATURES # # #
• Achievements and leaderboards via Google Play game services (GPGS)
• A vast galaxy with over 30 star systems and more than 100 planets and space stations
• More than 50 customizable spaceships and hundreds of different weapons systems, power-ups and commodities
• A unique mixture of story-driven, mission-based and sandbox gameplay
• High-quality visuals including detailed 3D models, hi-res textures and breath-taking Special FX
• 3D sound, orchestral soundtrack and full voice-acting
• Action Freeze™: Take screenshots from any perspective and save them onto your device
• Full support of the differing resolutions and capabilities of 200+ Android-powered smartphones and tablets

# # # JOIN THE COMMUNITY # # #
Get in touch with thousands of other Galaxy on Fire 2™ fans through our official website, forums and social media profiles! We’re looking forward to hear from you! 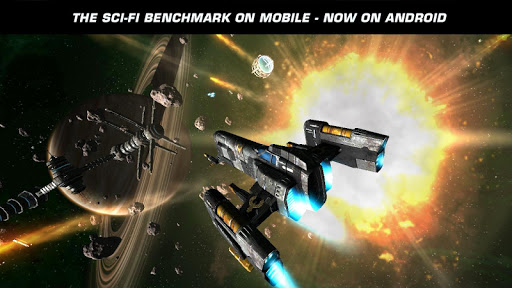 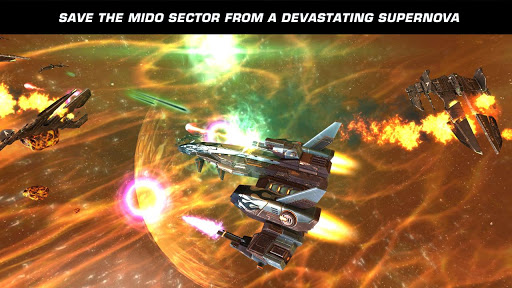 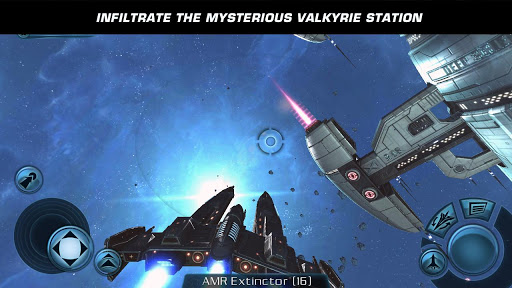 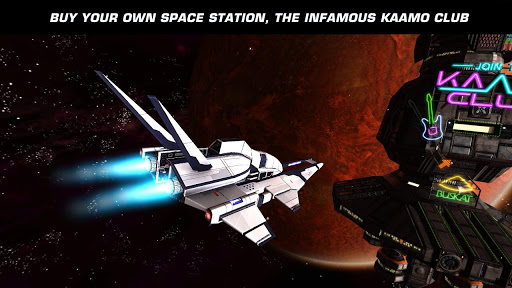 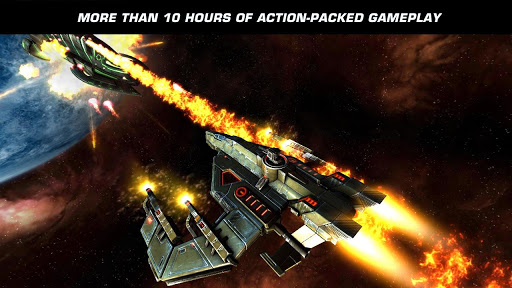 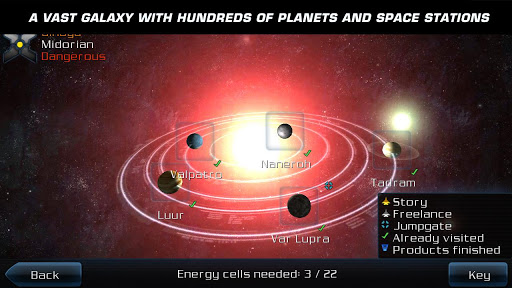 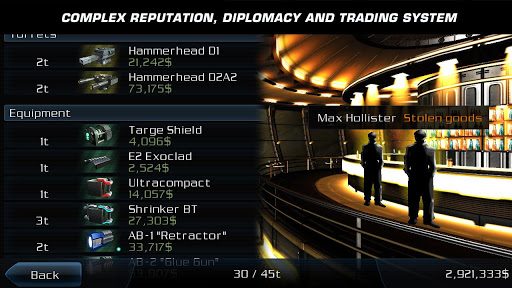 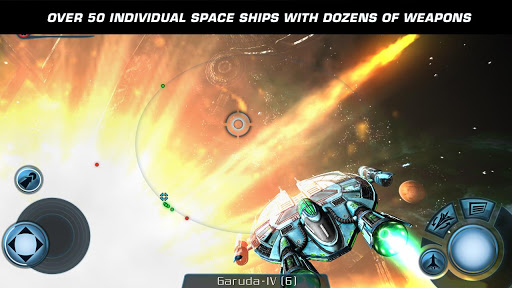 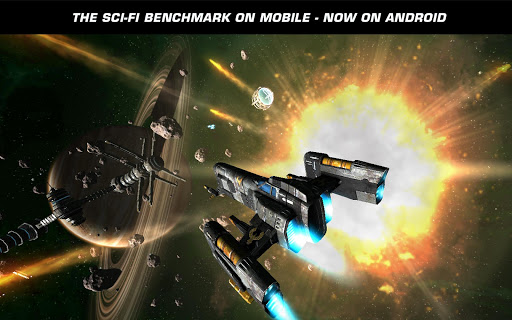 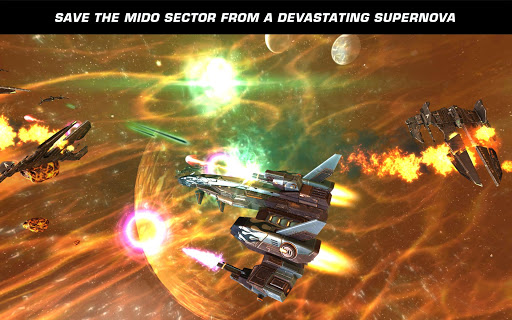 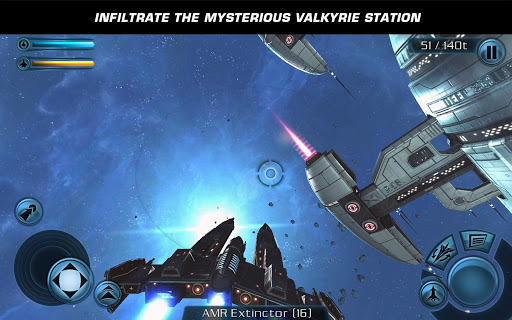 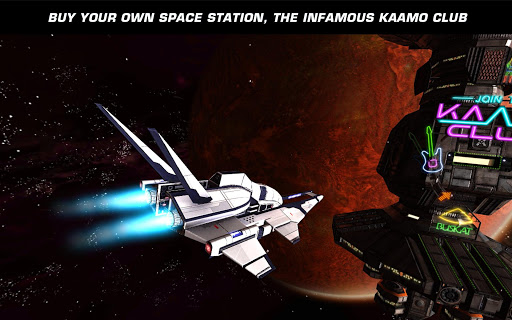 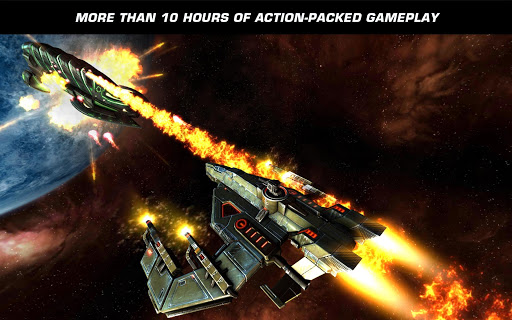 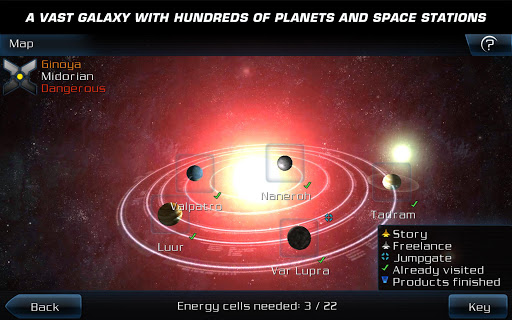 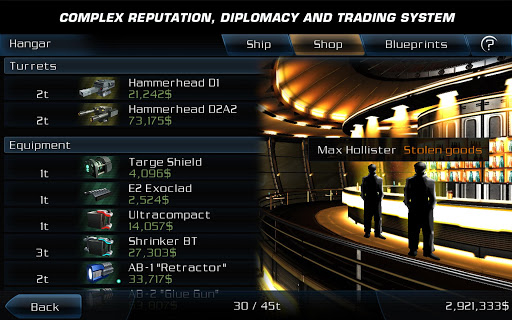 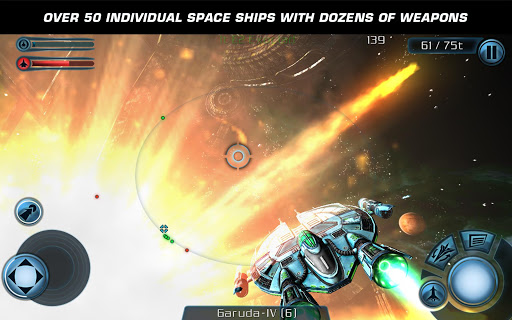 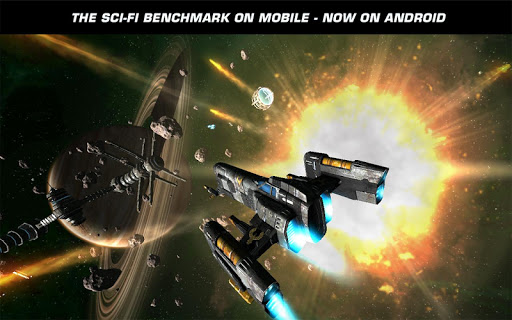 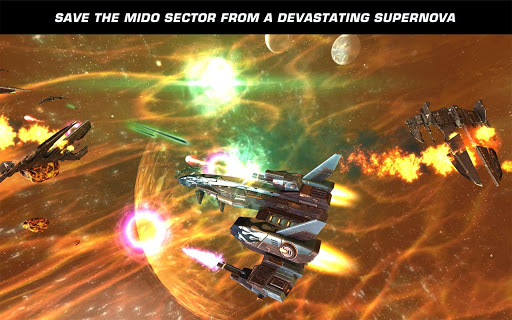 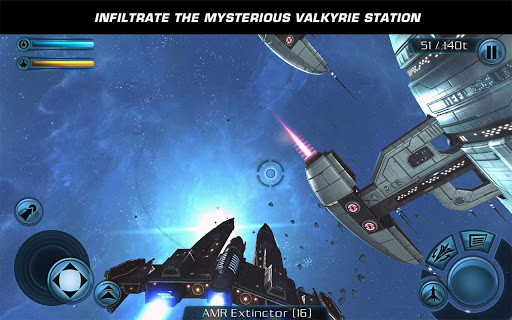 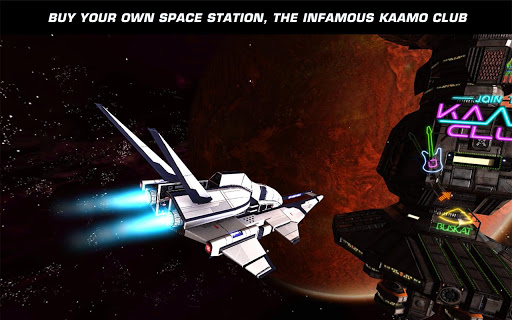 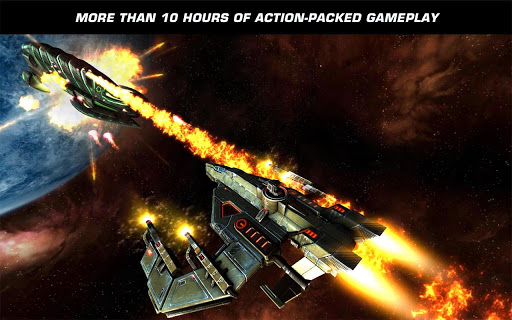 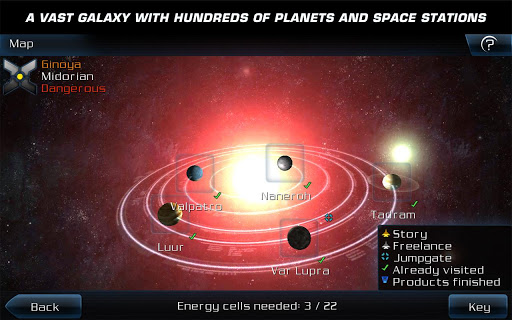 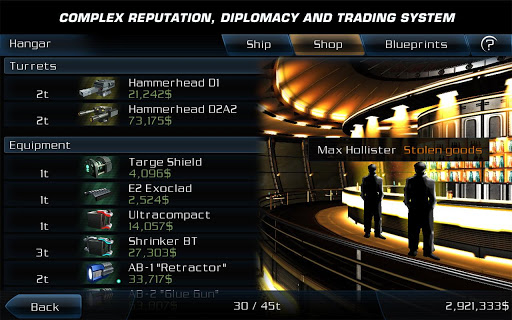 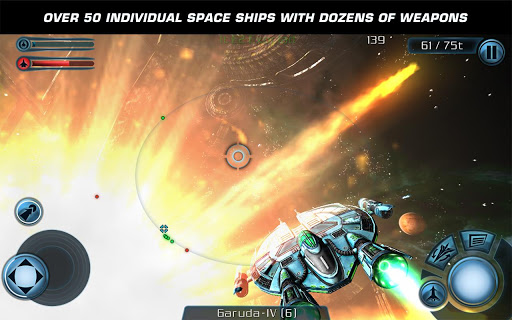