The description of Fighting Fantasy Legends

"The game manages to get over some of the hurdles of the game books quite neatly. So if this is your first trip into the classic universe, you'll probably have a damn good time." -
PocketGamer - 8/10

"Fighting Fantasy Legends is a near-perfect balance of a gamebook and role-playing game." - 148apps - 4.5/5

Create your own adventures in a dangerous land of monsters, treasures and traps. From renowned authors Steve Jackson and Ian Livingstone (co-founders of Games Workshop) and Nomad Games, Fighting Fantasy Legends is a role-playing card game set in the world of Fighting Fantasy.

Travel across the land of Allansia with just a sword and some gold to your name and rise up to Legendary status. Play through the stories of three iconic gamebooks - City of Thieves, The Warlock of Firetop Mountain and Citadel of Chaos.

Each location has a shuffled deck of cards which includes fiendish creatures, powerful objects and dramatic events. You must build up your collection of powerful treasures and level-up your dice to have any chance of surviving the dangerous streets of Port Blacksand, the murky depths of Firetop Mountain or the looming shadows of The Citadel.

The world needs a Hero... you will give them a Legend.

★ Based on the multi-million selling series of Fighting Fantasy Books.
★ A card-based role-playing game with Roguelike elements.
★ Thousands of choices ensure that no two games are ever the same.
★ Uses the classic Skill/Stamina/Luck attributes.
★ Take on powerful adversaries, such as Balthus Dire, Zagor the Warlock and Zanbar Bone.
★ Kill monsters and add them to your Creature Codex.
★ Travel across the region of Northern Allansia.
★ Introducing a dice combat system unique to this game, where the player can upgrade their dice as they level-up.
★ Meet iconic characters, such as Nicodemus the Wizard, Gareth Yaztromo and O'Seamus the Leprechaun.
★ Earn Titles based on your deeds.
★ Three difficulty levels.
★ Permadeath mode - not for the faint hearted.
★ Play exciting dice games, such as Runestones, Knifey Knifey and Dwarf Dice. 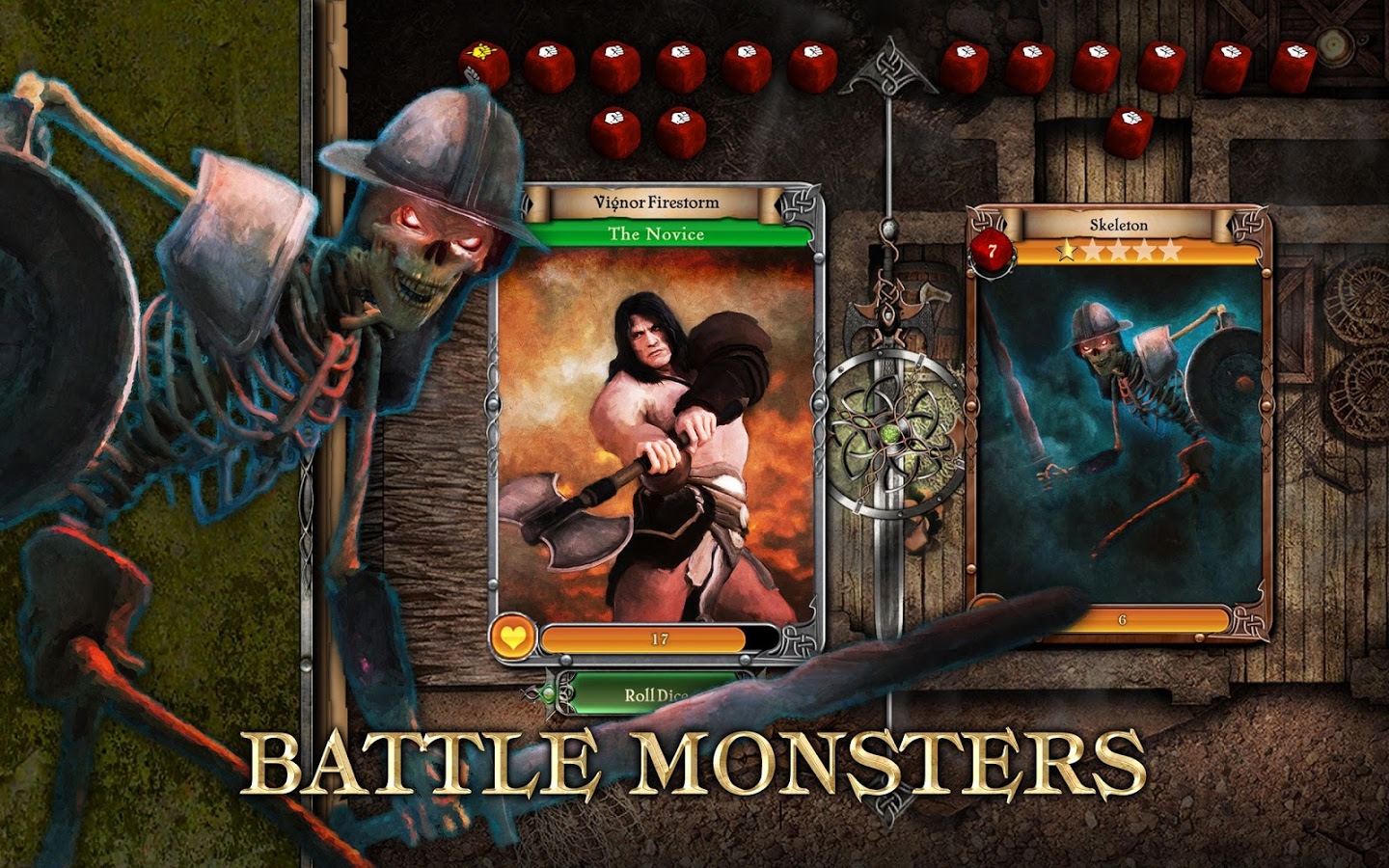