Tower Defenders all around the world! Get ready to fight powerful enemies, arrange effective strategies, command the strongest heroes and protect your kingdom! Join MILLIONS players of horde defense in endless war to gain triumph and glory. If you are a true fan of kingdom rush frontiers tower defe... see more

Tower Defenders all around the world! Get ready to fight powerful enemies, arrange effective strategies, command the strongest heroes and protect your kingdom!

Join MILLIONS players of horde defense in endless war to gain triumph and glory. If you are a true fan of kingdom rush frontiers tower defense, you can't miss this fantasy castle defense games!

Empire Warriors TD has a wonderful graphics, impressive gameplay, which leads you to the realm defense battles in order to protect the kingdom. With the system of fantasy towers, powerful heroes and magic stones, your mission is to create your own strategy to fight against dark bosses and invaders, bring back the peace for your realm. Not only captures the most attractive features of a traditional kingdom rush TD games, but also has so many new elements that keeps players defend the tower for hours!

GAME FEATURES
▶ An epic kingdom rush tower defense that is attractive, fun and FREE!
▶ Offline games for android that you can play anywhere at anytime.
▶ Beautiful graphics that is better than other realm defense and strategy games for android.
▶ Consider all power in your hand, carefully learn about your castle defense’s enemy to have the most suitable strategy and tactics. The best horde defense could lead you to the glorious victory!
▶ 35+ maps with 3 levels of difficulty that is both challenging and interesting in this realm defense strategy games for android.
▶ 4 types of Defense Towers with different functions and strengths, come along with 5 upgradable options. Use a total of more than 20 forms to create the strongest castle defense for your kingdom!
▶ 11 Heroes with different powers and skills. Choose your warriors to lead the battle and rush a vengeance. Defeat or being defeated, it's up to you!
▶ Over 10 types of unique Runes that help strengthen your heroes so that they can push away any fierceful bosses and invaders.
▶ More than 30 types of enemies with their own skills. Don't underestimate the minions, or they will destroy your castle defense!
▶ Intense boss fight in this addictive strategy and tower defense games and realm defense that you can never see in other free kingdom rush games!
▶ 5 Power-ups - the true saviors in the hardest defense moments.
▶ More than 100 achievements in this castle defense games - await for the mightiest defender to conquer!
▶ Competitive Tournament: Let's see who is the best defender in the world of Empire Warriors TD, the addictive realm defense games and challenging free tower defense games with the Infinite Challenge!

Head up and rush the vengeance to protect your kingdom rush from the mighty enemies. Get ready for the most epic battles of all tower defense games. We're waiting for you to claim the title of Best Defender Ever! 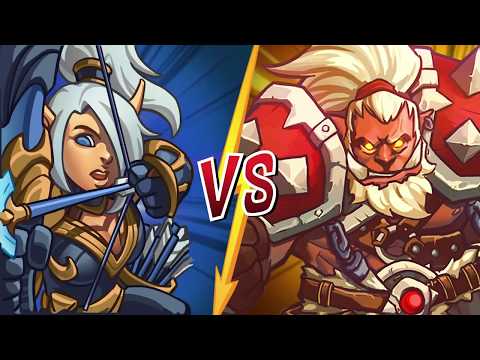 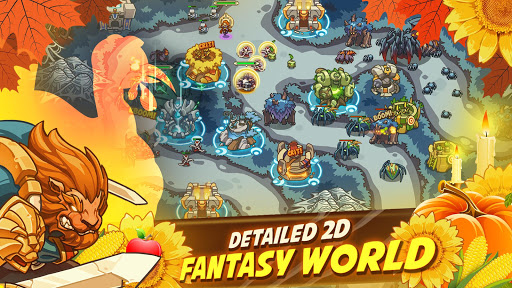 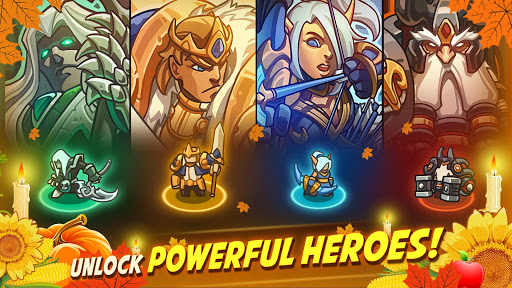