The description of iFixit: Repair Manual

★ NEW IN v2.0! ★
Document and share your repairs with the world! Now you can create your own
DIY
guide straight from your smartphone or tablet — Simply snap a photo, write (or
dictate!) the instructions, and then publish. It’s that easy!

We have thousands of step-by-step guides with gorgeous images that makes it
easy to repair your stuff. We have new guides for dozens of Androids,
including the five most popular Android devices: the Samsung Galaxy SIII, the
Galaxy S4, the Galaxy Note, the Galaxy Note II, and the new Motorola Moto X.

Also, stay informed about the newest gadgets with our critically renowned
device teardowns.

★ Learn How to Repair ★
✓ Fix a cracked iPhone screen
✓ Upgrade the hard drive in your laptop
✓ Change the oil in your car
✓ Repair your XBox’s Red Ring of Death
✓ Change a flat tire on your bike
✓ Mend your Patagonia clothing
✓ Much, much, more

★ Praise from the Press ★
"Empowers you to fix things yourself. From troubleshooting to parts and tools,
to repair guides, they have your back." — TreeHugger
"Demonstrates the old-fashioned virtue of repair and extending the lifespan of
devices." — Reuters
"The robots of the future will see this and murder us all. Thanks iFixit.
Thanks a lot." — Engadget
"Illustrated repair guides that take you step by step through the process." —
Dallas Morning News

★ Support iFixit ★
We fund these manuals by selling parts and tools. If you use our manual to fix
something, support our work by buying from us.
iFixit’s Pro Tech Toolkit contains everything you need to repair electronics:
http://www.ifixit.com/Tools/Pro-Tech-Toolkit/IF145-072

This app is open source! Fork us, open a issue, or just say hello at
https://github.com/iFixit/iFixitAndroid 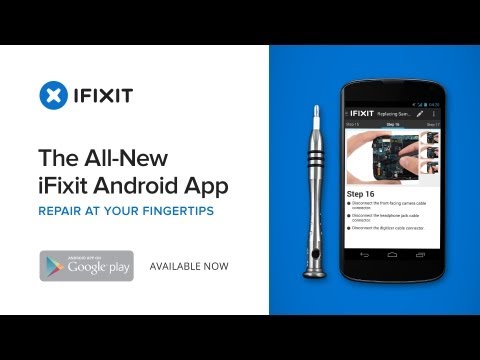 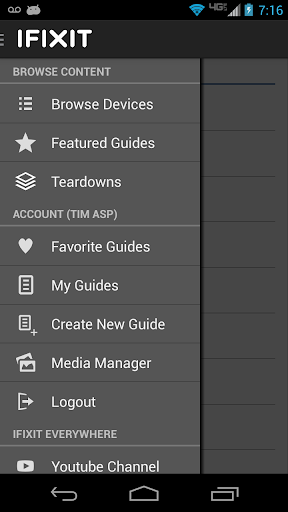 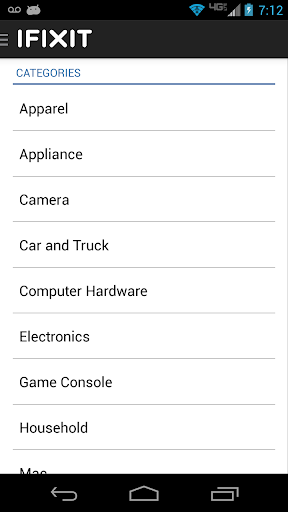 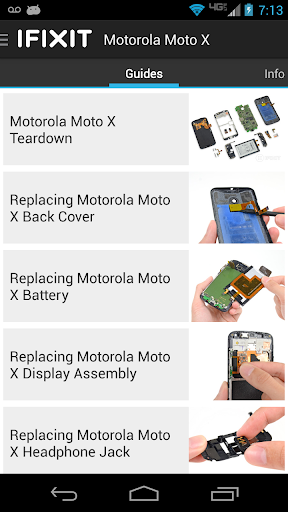 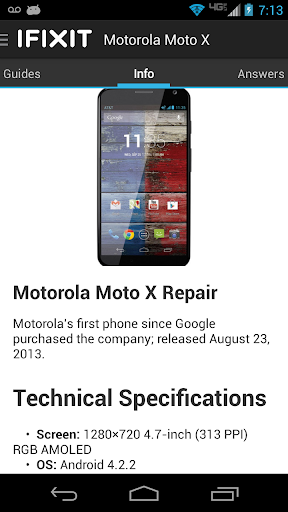 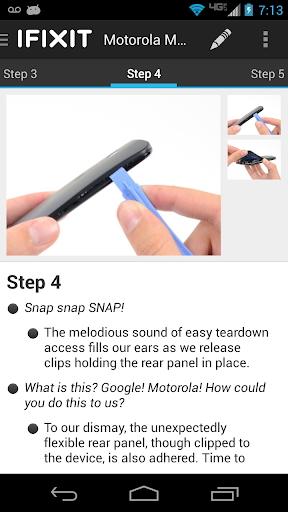 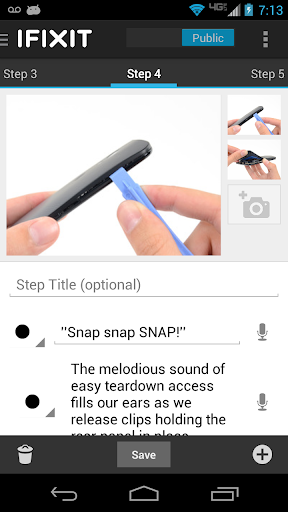 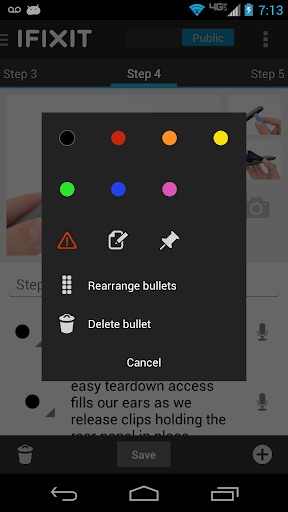 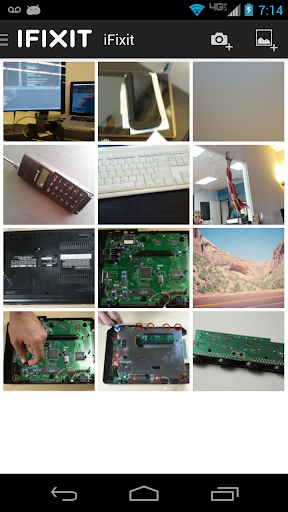 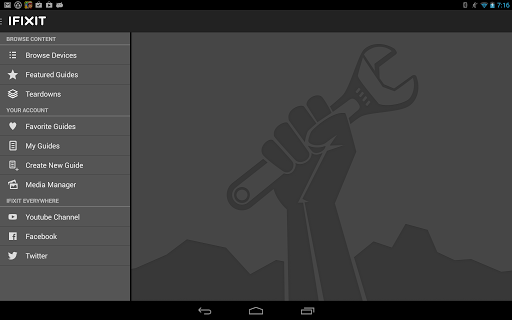 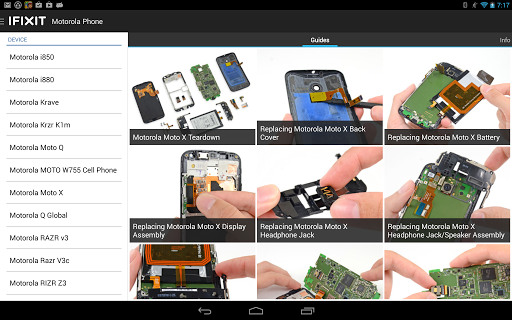 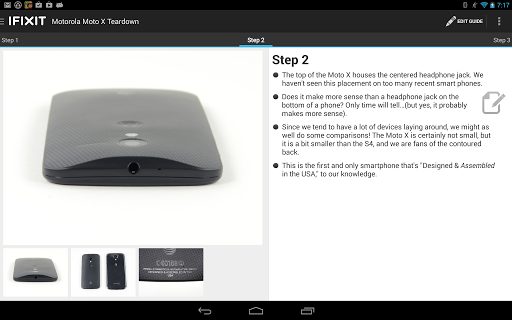 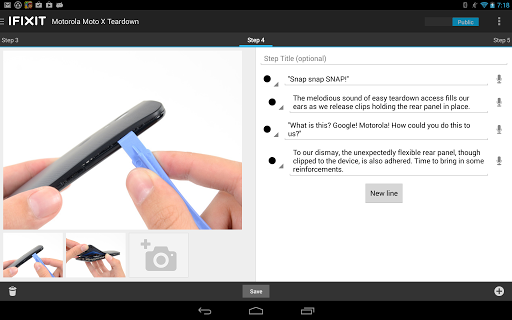 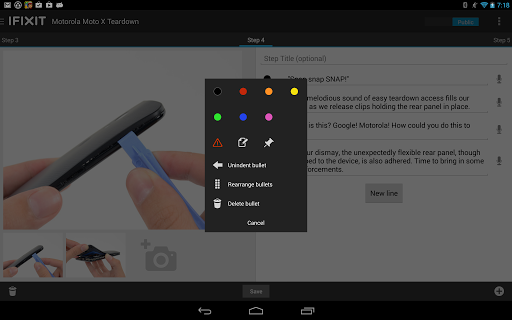 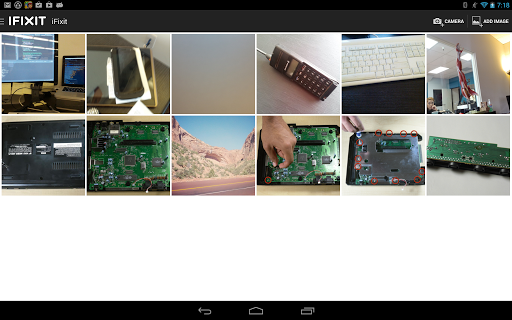 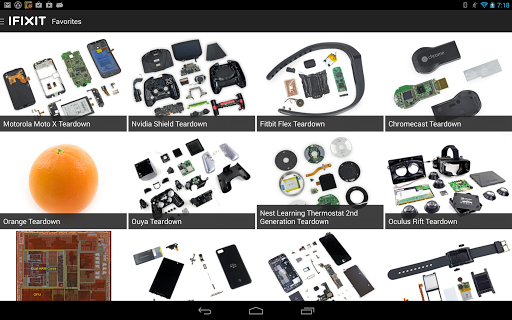 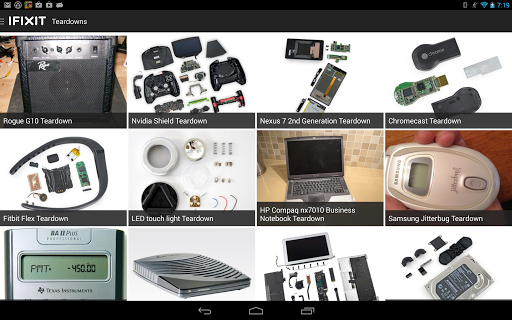 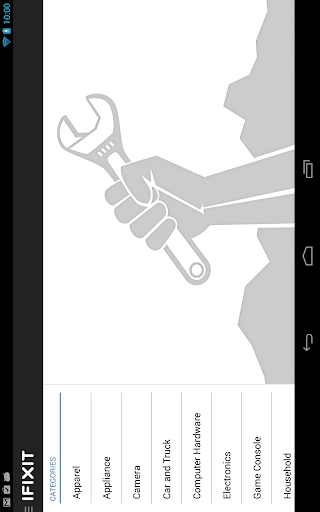 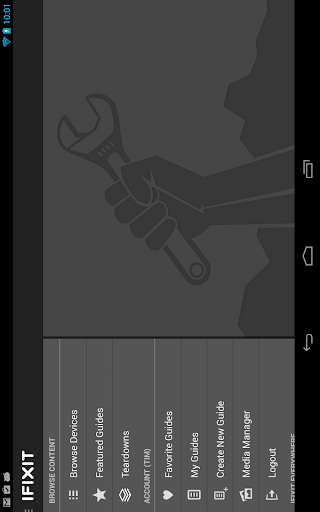 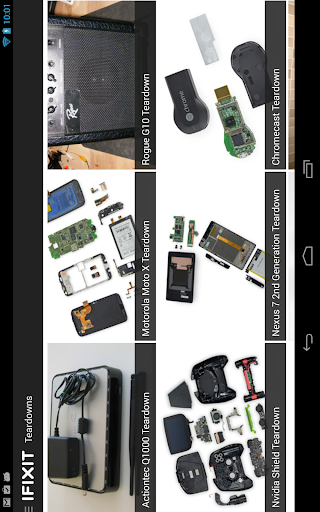 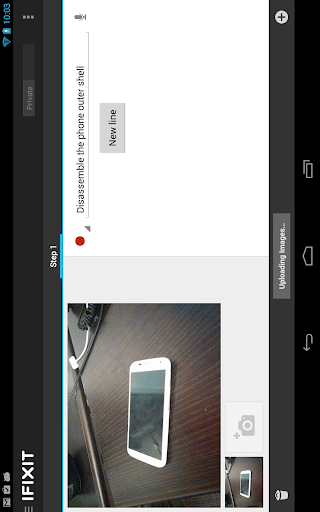 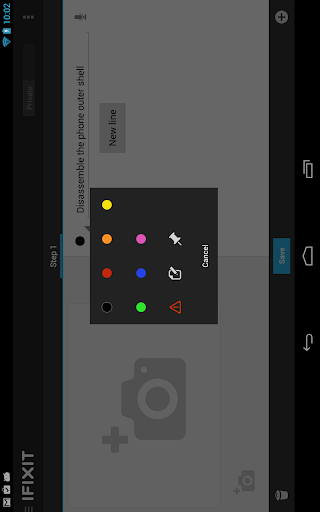 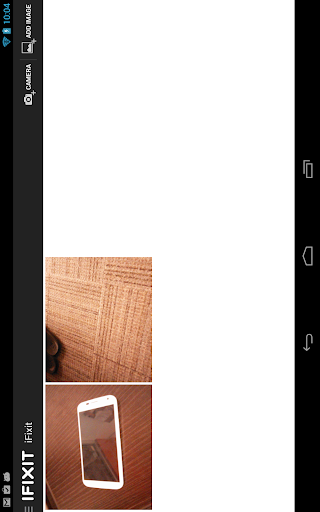