The description of MARVEL Realm of Champions

High-action Marvel multiplayer mayhem for your mobile device! Join this bold new imagining of the Marvel Universe, gear up your Champions and play your part in this epic real-time Action-RPG brawl! Customize your Marvel Champions with weapons and gear. Then team up with your network of friends in... see more

Join this bold new imagining of the Marvel Universe, gear up your Champions and play your part in this epic real-time Action-RPG brawl!

Customize your Marvel Champions with weapons and gear.

Then team up with your network of friends in real-time high-action team-based battles.

Tank with your Hulk, Super Soldier and Thor to soak up hits while you attack hard with area disruption.

Inflict devastating damage at close range with your Black Panther. Use high-powered ranged attacks with your Web Warrior and Iron Legionnaire.

Amplify your allies with your Storm and Sorcerer Supreme dealing bursts of damage to vanquish groups of enemies.

Maestro, an evil version of the Hulk from an alternate future, ruled over a planet formed from merged, alternate timelines.

Due to the mysterious murder of Battleworld’s ruler, this world has fallen into disarray.

Barons have risen to control their lands, looking to turn the tide of war in their favor, electing to settle their differences with a Secret War.

As the Barons put forth their Champions to battle, it is up to YOU to rise from a rookie to become a legendary HERO of BATTLEWORLD!

CUSTOMIZE YOUR CHAMPION & MAKE MARVEL YOURS!
• The only Marvel game with flexible customization options allowing you to mix and match gear and weapons
• Earn Gear, Weapons, and upgrades as you claim victories on the battlefield to level up & strengthen your Champions
• The more powerful your Champions become, the more successful you will be!
• New gear and weapons being added all the time!

DOMINATE WITH YOUR ALLIANCE
• Team up to take on challenges and earn huge rewards for you and your Alliance!
• Forge a community of Champions ready to tackle Battleworld’s challenges!
• Find your next teammate to round out your PvP team or perfect your defensive strategy
• Strategize with your team to select the right mix of Champions to dominate the leaderboards!

MAKE MARVEL YOURS! Your Champion. Your Team. Your Realm.

TERMS OF SERVICE:
Please read this Terms of Service Agreement and our Privacy Notice before using our services as they govern the relationship between you and Kabam.
www.kabam.com/terms-of-service/
www.kabam.com/privacy-notice/ 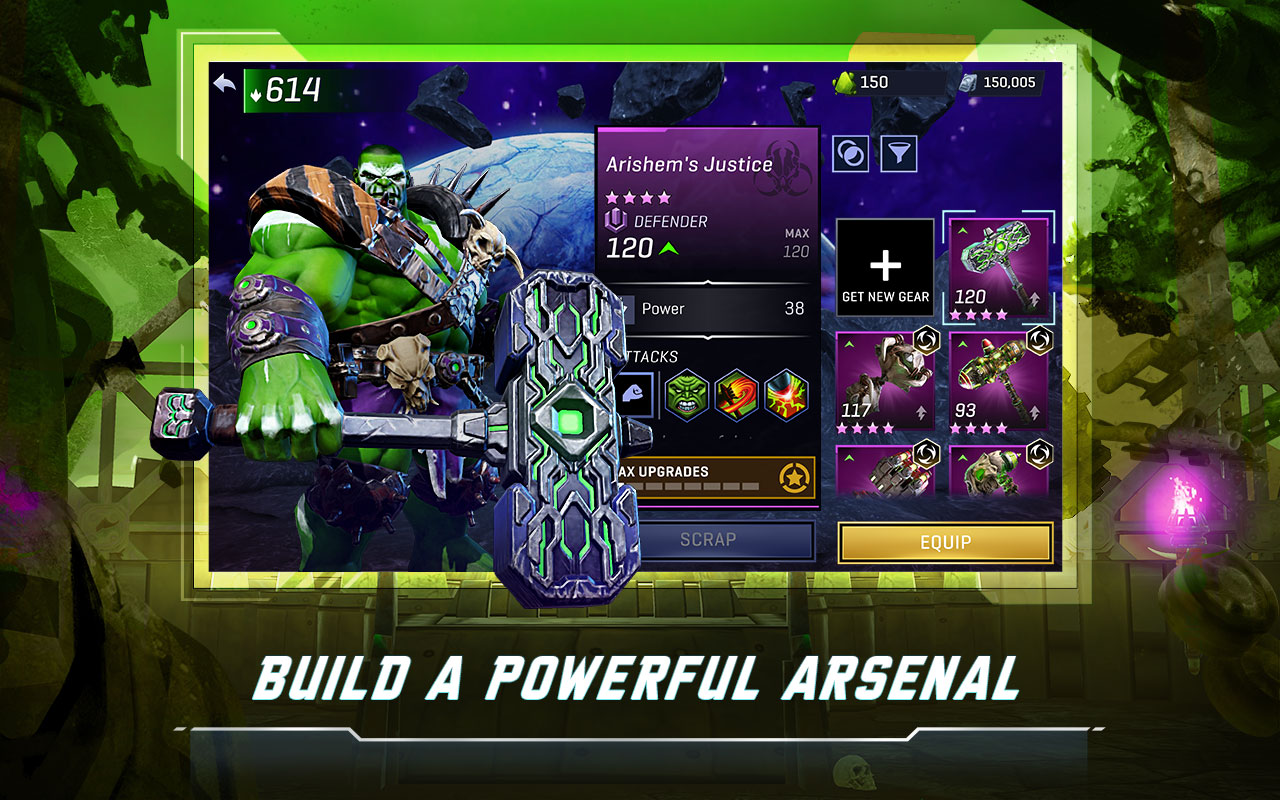 OTHER VERSIONS MARVEL Realm of Champions